The newly established 2nd Hematology Clinic at Metropolitan General Hospital provides healthcare services of high scientific level for the prevention, diagnosis, treatment, prognosis and monitoring of benign and malignant blood disorders and hematopoietic organ diseases, in both inpatients and outpatients.

Modern hematology management at Metropolitan General is based on the principles of Precision Medicine, i.e. personalized medicine where patient subgroups with the same disease are treated according to their shared cellular, molecular and genetic characteristics. By applying such methods offered by modern biomedical developments, we achieve optimal results and adjust therapeutic interventions with utmost precision, either by intensifying treatment where required and applicable or by lowering the intensity accordingly, without compromising the desired target endpoint, while at the same time the burden of short - and long-term side effects is decreased. It should be noted that Precision Hematology marked the introduction of molecularly targeted therapies into the treatment scope of malignant diseases; in other words, it paved the way for chemotherapy-free treatment of malignancies.

Indeed, the first malignant disease was Chronic Myeloid Leukemia (CML), which was first identified with stable cytogenetic damage, followed by its molecular identification. Then, at the dawn of the 21st century (2001), the first molecularly targeted therapy with the tyrosine kinase inhibitor Imatinib was successfully applied. Consequently, Chronic Myeloid Leukemia, a previously fatal malignant disease, today not only achieves functional cure by the administration of tyrosine kinase inhibitors, but, under specific conditions, remission may be further sustained even when treatment is discontinued.

In addition, Hematology holds a dominant position in the immune system through hematopoietic organs and blood cells. For example, T-lymphocytes are called the “armed forces” of the Immune System, given they are constantly looking for foreign antigens and distinguish pathological cells (malignant and infectious-contagious) from normal ones. As a result, the discipline of Hematology has laid new foundations in the treatment of malignancies with immunotherapy, as the first Monoclonal Antibody, Rituximab (anti-CD20), was approved back in 1997 for the treatment of malignant hematological diseases and, in particular, for intensifying the treatment of non-Hodgkin's lymphoma. Next, its therapeutic use was extended to a variety of other malignant and benign diseases. Recently, thanks to modern biotechnology, tumor-specific T-lymphocytes have been generated through genetically modified T-lymphocytes (CAR-T) and, recently (August 2018), they were also approved in the European Union for the administration in multi-drug resistant acute lymphoblastic leukemia in children and young adults, as well as in large cell non-Hodgkin's multi-drug resistant lymphomas. Labeling expansion is anticipated soon.

Thanks to Metropolitan Group’s state-of-the-art equipment comprising cutting edge technology, and staff made up of academic, scientific and experienced technicians, a wide range of hematological tests is carried out for the comprehensive diagnostic, therapeutic, prognostic, preventive and follow-up study of hematological diseases and hematological syndromes. At the same time, Metropolitan General has a pool of renowned physicians in various specialties and houses new departments, with which there is excellent cooperation, so that even the most complex medical problems encountered in everyday practice are effectively managed.
At the therapeutic level, there is also a One Day Clinic (ODC) with extended opening hours to perform several test and procedures such as myelograms, marrow biopsies, adenograms, spinal taps, blood, platelets, and blood derivatives transfusions, chelations, bloodlettings, chemotherapies and immunotherapies. Lastly, inpatients receive excellent healthcare services provided by our experienced nursing staff.

Metropolitan General’s 2nd Hematology Clinic is made up of physicians who, as evidenced by their CVs and scientific careers, are qualified by long-term medical education and decades of experience in most-visited hematology centers.

By applying the principles of Precision Medicine, the Clinic adds to Metropolitan General's upgraded and enriched medical services, making it a modern Metropolitan Reference Hospital. 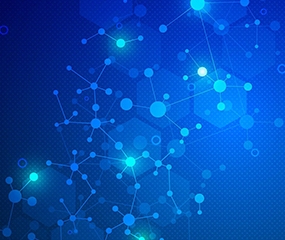